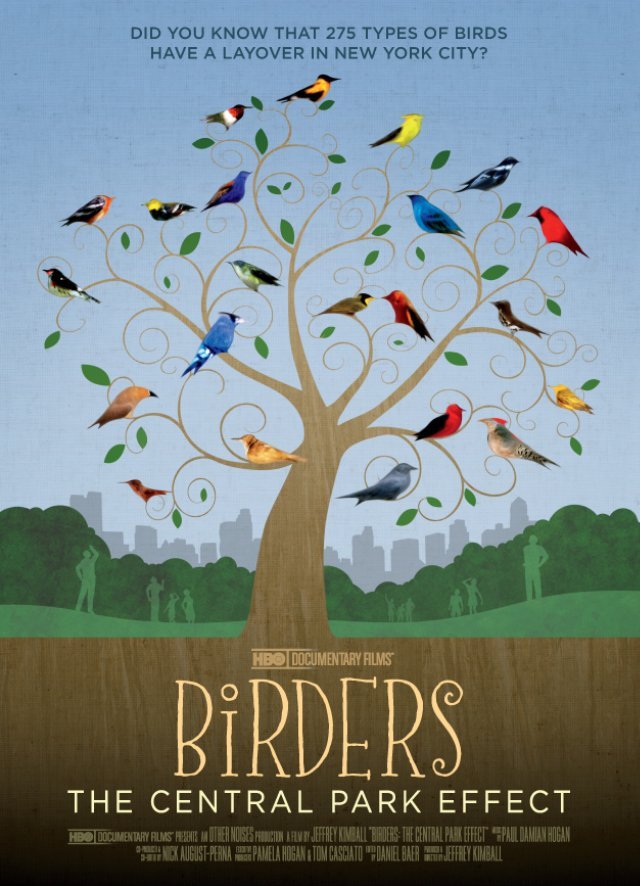 “Birders: The Central Park Effect reveals the extraordinary array of wild birds who grace Manhattan’s celebrated patch of green and the equally colorful, full-of-attitude New Yorkers who schedule their lives around the rhythms of migration. Acclaimed author Jonathan Franzen, an idiosyncratic trombone technician, a charming fashion-averse teenager, and a bird-tour leader who’s recorded every sighting she’s made since the 1940s are among the film’s cast of characters. Featuring spectacular wildlife footage capturing the changing seasons, this lyrical documentary transports the viewer to a dazzling world that goes all but unnoticed by the 38 million people who visit America’s most famous park each year.”

Producer/Director Jeffrey Kimball: “I became profoundly intrigued by the paradox of nature in an urbanized world. The more I explored this phenomenon, the more aware I became that the scattered patches of green which checkerboard our cities and suburbs are essential to the healthy survival of so many species. It’s really not so surprising that a wonderful wild world exists in the middle of New York City — indeed it exists precisely because the Park is a critical oasis of nature in a vast sea of steel and concrete.

“I hope that this film conveys how a vital piece of nature can exist in the most unlikely of places, and that now, more than ever, we need to make every effort to preserve nature, wherever we find it.”