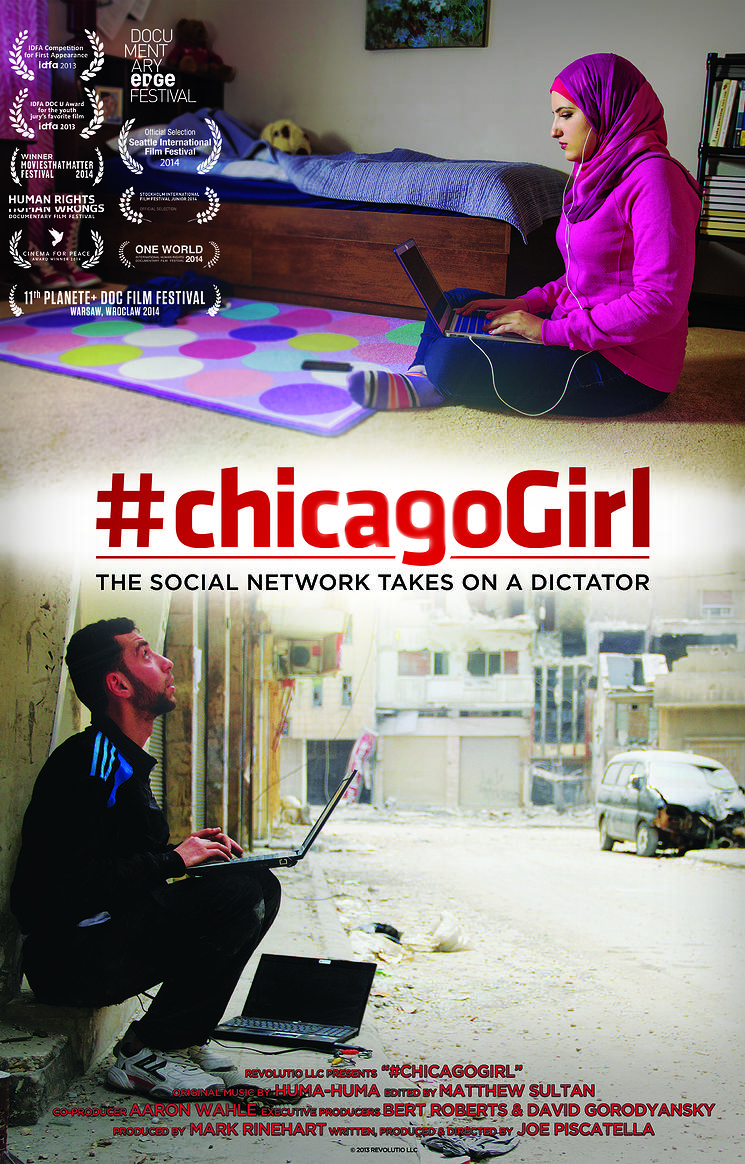 From her childhood bedroom in the Chicago suburbs, an American teenage girl uses social media to coordinate the revolution in Syria. Armed with Facebook, Twitter, Skype and camera phones, she helps her social network “on the ground” in Syria brave snipers and shelling in the streets to show the world the human rights atrocities of a dictator. But just because the world can see the violence doesn‚t mean the world can help. As the revolution rages on, everyone in the network must decide what is the most effective way to fight a dictator: social media or AK-47s.