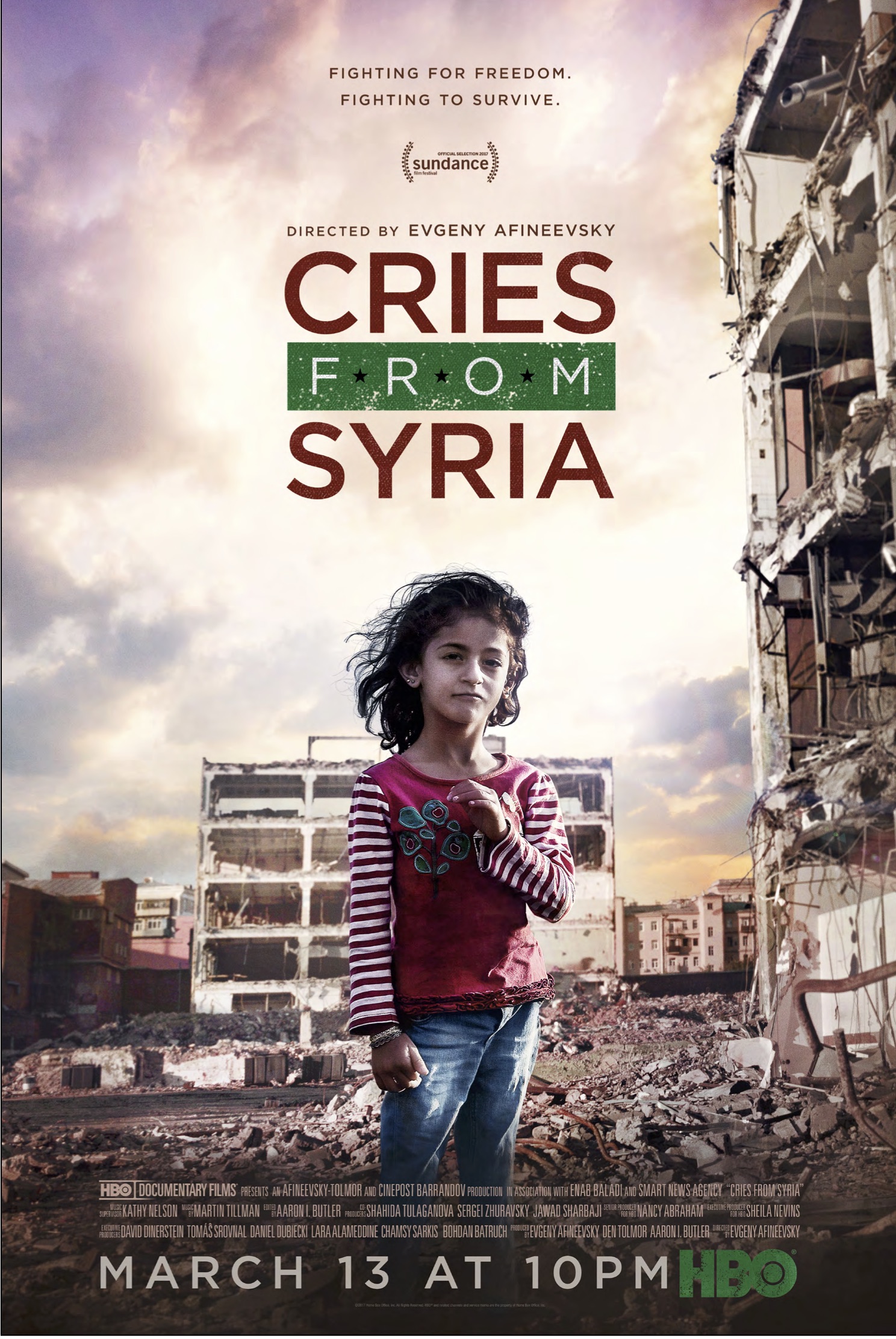 Cries from Syria is a searing, comprehensive account of a brutal five-year conflict from the inside out, drawing on hundreds of hours of war footage from Syrian activists and citizen journalists, as well as testimony from child protestors, leaders of the revolution, human rights defenders, ordinary citizens, and high-ranking army generals who defected from the government. Their collective stories are a cry for attention and help from a world that little understands their reality or agrees on what to do about it. A documentary by Evgeny Afineevsky, director of the Oscar-nominated film Winter on Fire, Cries from Syria premiered at the 2017 Sundance Film Festival.