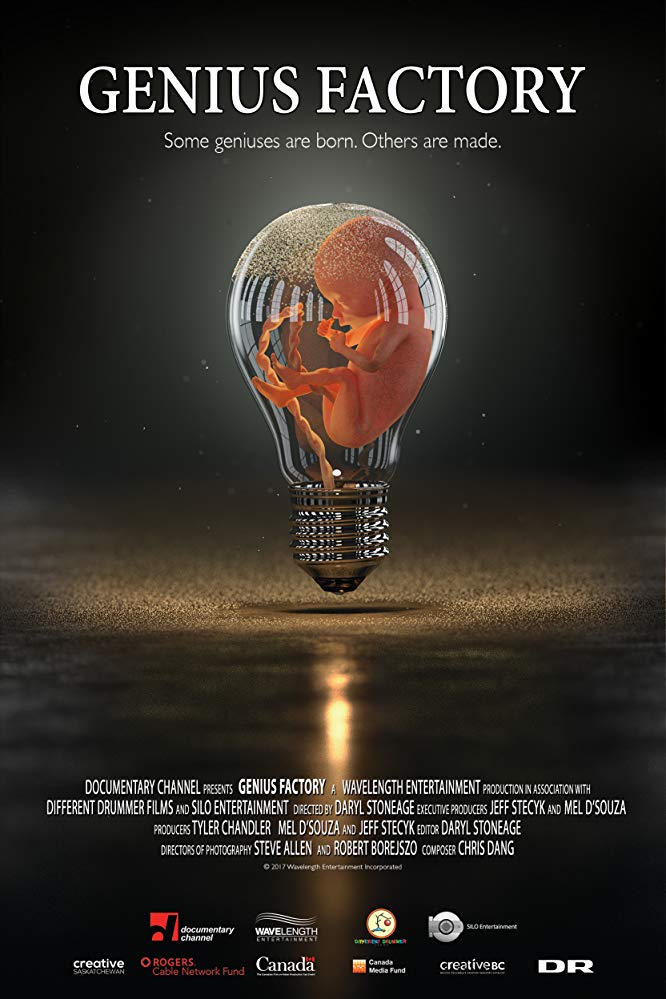 In the ‘80s, an eccentric billionaire decided he was going to try and create the world’s smartest children. Robert Graham was convinced that the biggest problem facing mankind today was that intelligent people weren’t having enough kids, and unintelligent people were having too many kids; so, he decided to create the first Nobel Prize sperm bank. Nobel Prize winners would donate sperm, and he would give the genius sperm, for free, to women who qualified for Mensa and had superior IQs. He was ridiculed in the media because of his eugenic beliefs and white-only policy, and often compared to Hitler and Nazi Germany. Nonetheless, 200 kids were born.

Genius Factory is a biography on the eccentric billionaire Robert Graham, tells the story of the 19 years that the sperm bank was in operation and the controversy surrounding it, and interviews three of the more interesting kids, who are now in their early 30s, to find out if the experiment worked.