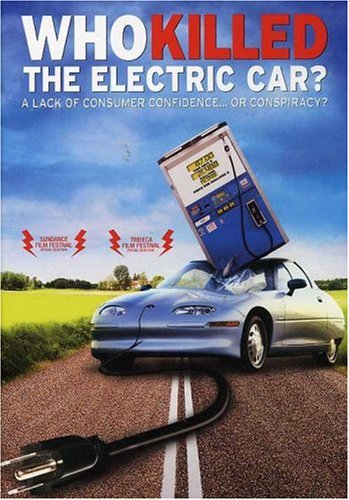 “Writer/director Chris Paine’s documentary feature film Who Killed the Electric Car? premiered at the Sundance Film Festival in 2006 before its release by Sony Pictures to critical acclaim in 100 US markets. The film was the third highest-grossing theatrical documentary of 2006 and screened with An Inconvenient Truth in many markets.

“… Paine’s film investigates the events leading to the quiet destruction of thousands of new, radically efficient electric vehicles. Through interviews and narrative, the film paints a picture of an industrial culture whose aversion to change and reliance on oil may be deeper then its ability to embrace ready solutions.

“Who Killed the Electric Car? and Chris Paine were nominated by the Writer’s Guild for Best Documentary of 2006. The film also received nominations from The Broadcast Critics Awards and The Environmental Media Awards for Best Documentary of 2006. The film won the audience award at the Canberra International Film Festival and won a special jury prize at the Mountain Film Festival.”