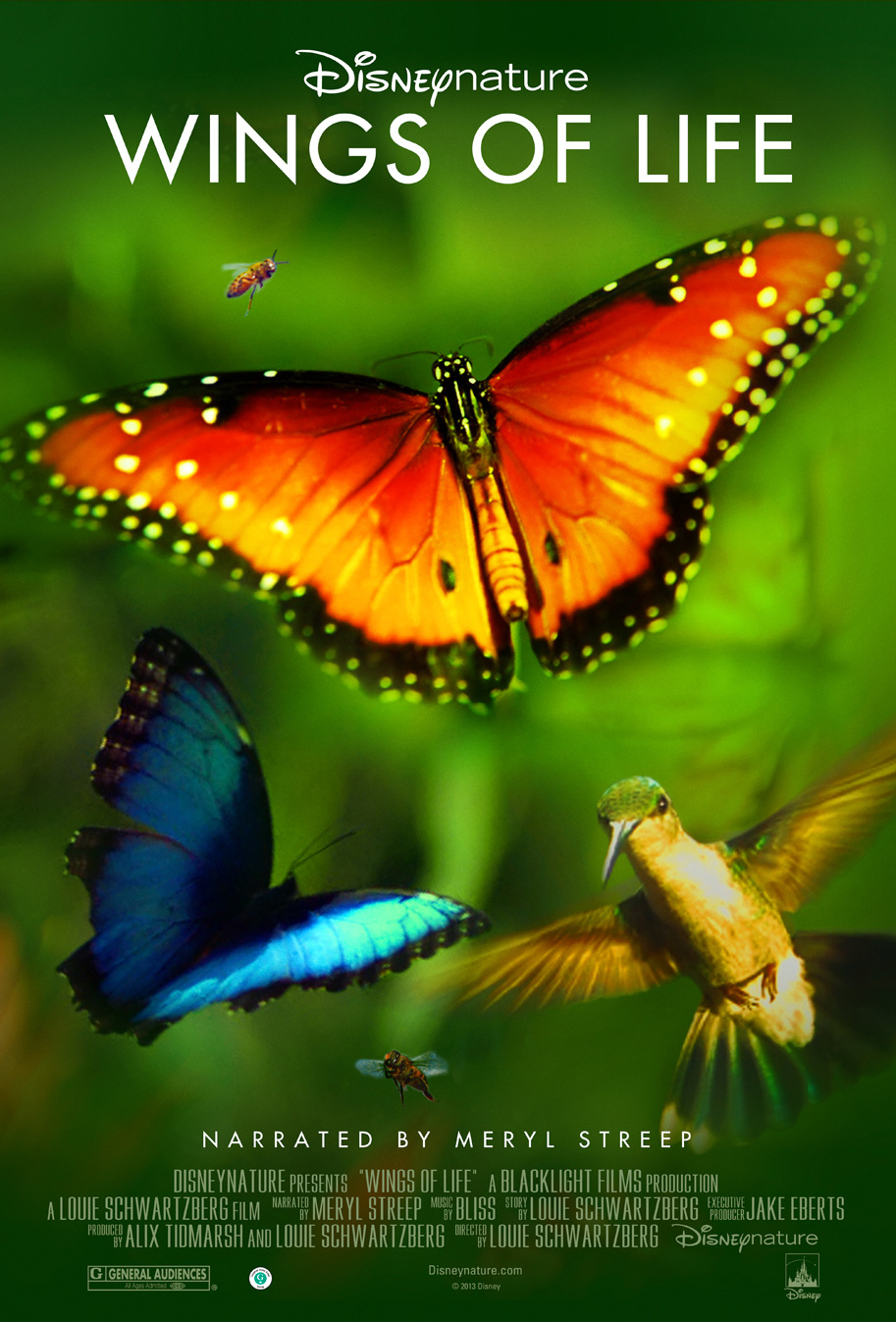 “… [A] feature-length documentary for Disneynature, narrated by Meryl Streep. Utilizing time-lapse, high-speed and macro cinematography, the film offers an intimate and unprecedented high-definition glimpse into the hidden world of butterflies, hummingbirds, bats and bees – the precarious relationship between flowers and their pollinators – with a third of the world’s food supply depending on these increasingly threatened species…. [T]his extraordinary film has already won numerous kudos, including Best Theatrical Program at the Jackson Hole Science Media Awards, the Best Cinematography Award at the Ocean Film Festival, and Wild Talk Africa’s Roscar Award.